LA to Japan was one long afternoon, so instead of sleeping I stayed awake and worked, first on Jason’s publisher’s criteria, then on my talk for Korea. The Narita Admiral’s club had these wonderful woodcuts by Hiroshige, the 53 stations of the Tokaida. Wonderful compositions where space where scales merged, simultaneously showing dramatic distances, mid-range action, and vivid close portraits; merging also humanity, place, always with a sense of the winding road, the journey going on. I got pleasantly sozzled on gin and tonics, remembering at some point to check my hotel reservation and discovering that I was not due to arrive until the day after. So I spent my first night in a luxury suite at the Intercontinental Grand rather than the Intercontinental Coex at the other end of the convention complex. Nice way to recover form a first night’s jet lag. 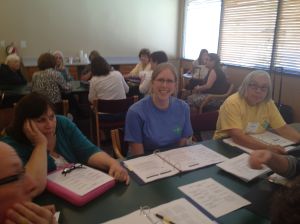 Park City for a few days with Amy and Tweety. It was great fun shuffling cards with the teachers, getting into the problem and trying not to give to much away. One teacher, Kayty from New Yoark, had
figured out that if the card was in the n-th position, then it moved 2n -1 if it was in the top half, and 2n – 52 if it was in the bottom half. I couldn’t resist saying “so it’s almost as if we want to see 52 as 1”. c-TaP meetings less interesting but necessary. Tuesday afternoon is was raining ashes from a nearby wildfire, then real rain on Thursday leaving the sky crystal clear for the drive down to the airport Friday morning. I spent Wednesday July 4 catching up on METII, tasks for PARCC, Fractions video, while Amy and Tweety went to Three Divide Lakes. It felt good to catch up a little.  Had a lovely dinner at Talisker on Main with Amy, Tweety, and Ashli. We started outside, driven inside by the rain. Venison, morelle’s, a nice Rioja on sale because of a flaw on the label (George W Bush Presidential Library fund raiser). 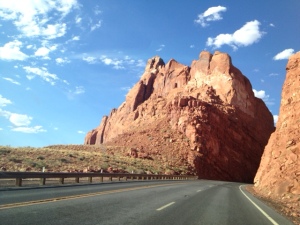 We left yesterday, stopped for lunch in Phoenix with Abby and Brendan, making it to Kanab, Utah last night. I had forgotten what a nice drive it is, rising through the rocky country on Route 17 north of Phoenix until Flagstaff, then through the reservation on Route 89. There is some landscape at the beginning of that portion that looks like the blasted pits before the gates of Morder, but soon the red mesa rises up, and you follow along west of that, wondering what is at the top of those high cliffs, with bolders the size of houses strewn down from them.  On previous trips we had stopped in Page, Arizona, but that’s a bit of a dump. Kanab was much nicer, set among glowing red cliffs, with a decent restaurant, the Rocking V. The hotel we stayed in was the Victorian House, a rather ghastly renovation but perfectly comfortable and with very nice people. There we discovered the Mormon corkscrew, courtesy of the hotel clerk (see my Facebook page). It consists of a screw, a screwdriver, and a hammer. You screw the screw into the cork and pull it out with the hammer. (He didn’t like it at all when I called it the Mormon corkscrew.) The next day we continued on 89 through a countryside of sculpted colored rock formations, green cottonwood valleys, and meandering streams. Crossing over to I-15 we saw the billowing clouds of a wildfire on a ridge west of the freeway. When we arrived, we had the pleasant surprise of being moved from the Carriage House to a 2-bedroom apartment in Park Station, at the bottom of Main Street and very nice.

I’m slowly importing old MobileMe blogs here, it will take a while for me to get all the posts up and all the photos restored. If you are looking for information on the Common Core, please go to http://commoncoretools.me. 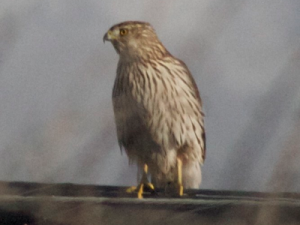 Lovely walk in the wash, crisp wind and snow on the mountains.

Amy, Tweety and I took a hike up to Romero pools and saw lots of beautiful wildflowers. 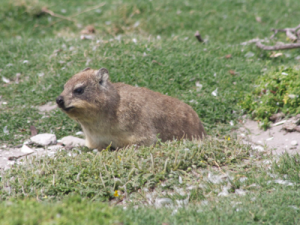 Also saw baboons and penguins on this trip, and a beautiful Fynbos garden. 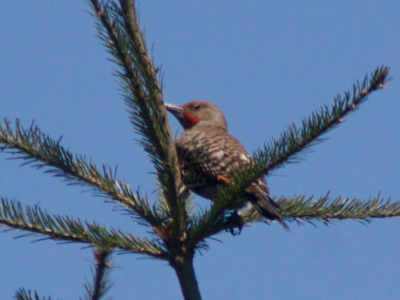 Stinson beach, on the Dipsea trail, making a racket. 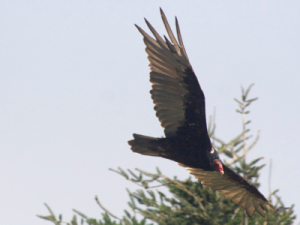 We took a hike along the cliff tops then inland to Bear Lake. Vultures and seagulls were gliding on the updraft. 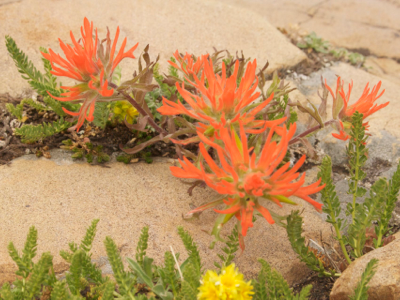 We took a hike up in the Uinta-Wasatch-Cache National Forest, in some high alpine lake country east of Kamas.